The Mirage of Impure Desires

Then in the second era, now, you will not desire so much that Mother should be there – you'll take it over from Me. This is the divine desire I'm telling you about, and you have to work on that from today onwards. I am with you, you know that; but need not be in this body, because I don’t know if I exist in this body or not. But once this desire starts working, you will see tremendous miracles happening. When the child is born to a mother, automatically she gets milk. So the nature is so connected with the whole thing. In your divine desire also it is connected. And it is very evident when you are a divine person.
So you may find Me anywhere: you are walking on the street, suddenly you might find Mataji walking with you. So this is the second era we have started, and you should not be shocked if you see Me sitting on your bed and putting My hand on your head. Or you may see Me in the form of Christ walking into your room, or as Shri Rama. That has to happen, so you should be prepared. Already so many miracles have taken place on you, but on a grosser level. We have seen the light coming on My head, and the photographs have shown some miracles to you. But many things will happen, that you will see something that you could never imagine. This has to happen, just to convince you that you have reached a certain height of your evolution in the new area of Pragyalok. Because this is a new state into which now you will be entering, on a horizontal basis.

This is the obituary that was sent out today to British newspapers:

(more obits at the bottom)

On Wednesday, 23 February, Mrs Nirmala Srivastava, better known throughout
the world as Shri Mataji Nirmala Devi, the founder of Sahaja Yoga, passed
away at her home in Genoa, Italy.

She was born Nirmala Salve on 21 March 1923 in Chindwara, Maharashtra, India
to Prasad and Cornelia Salve, a Christian couple who were direct descendents
of the royal Shalivahana dynasty. Her mother was the first woman in India to
receive the Honours degree in Mathematics, while her father was a renowned
scholar who spoke 14 languages and translated the Koran into his native
Marathi. The family was closely associated with Mahatma Gandhi and lived in
Gandhi's ashram for several years. As a youth Nirmala played an active part
in Gandhi's freedom struggle and in 1942 joined the Quit India Movement,
which led to her arrest and imprisonment. Her father was later a member of
the Constituent Assembly of India and helped to write India's first
constitution. Her siblings all went on to hold important roles in public
life. Nirmala studied medicine and psychology at the Christian Medical
College in Ludhiana

The economics and politics of God have to be understood.  In his economics, generosity is the keynote.  He enjoys His generosity.  Material things are to express your generosity, isn’t it? The most enjoyable thing is to give, and when you will give you will your economic problems will be solved completely.
V5.no 26. Mar85 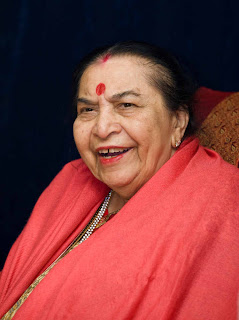 Surrender is of the Heart

Discriminate Between Your Tasks and Divine's Tasks


These are all My headaches, which you are putting on yourself. 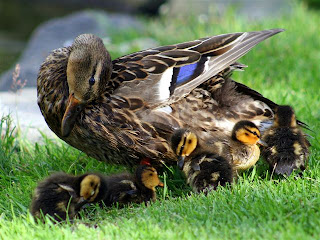 The Fragrance of a Prophet

This assumption has to be established, that we are prophets.  If you could just assume what you are, what you have become, you’ll emit the Glory of God! Like a flower when it blossoms, it has its fragrance which flows automatically

Your Light Shines Through

When conditioning of heart is reduced, as if the glass of a lamp becomes clean, rays of ever-resplendent Spirit awaken Sahasrara sheath and the light of bliss spreads, which is felt in Sahasrara. This light enlightens all sides of Colourful Heart. -- Y3.V14.Mar83.p11

How can those Sahaja Yogis have enlightenment who are using Sahaja Yoga to solve their own petty problems?  And why should God give them enlightenment? Lighthouses do not show light to themselves even for a moment.

The First Principle of Enlightenment

You should understand a simple principle.  How can a big fire be lit with a small matchstick?  Will a wick hold the flame if the water is mixed with oil?

Be a fountain of joy

Glory of your personality

The sinner is dead, the egoistical is not there, the frightened one is gone for ever. You are a prophet. Rise in the Glory of that personality.

What is our protection?

The First Principle of Enlightenment

Give up this ego, that’s all, and it will work out. I am trying to push Myself into your heart and I will definitely settle down there!

How can those Sahaja Yogis have enlightenment who are using Sahaja Yoga to solve their own petty problems? And why should God give them enlightenment? Lighthouses do not show light to themselves even for a moment.