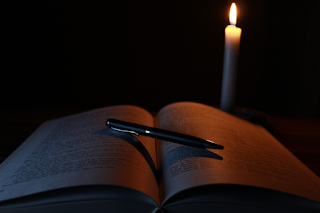 ​...​
And another one, another prediction we had in India, means it's another great thing, t
wo thousand years back. See there was a great guru, who, very well-known for his astrological predictions, you see. He has written two books, you see. One of them is called as Nadi Gruhanath and in that thing he has written about Sahaja Yoga, that it will start in 1970. I started in 1970 exactly. And he called Me a Maha Yogi. See, that the  Maha Yogi will be the embodiment of the Parabrahma, and that this Parabrahma will have the power of whatever He wants to do, it will do, whatever He doesn't want to do, it will not do. It's [Hindi] Shakti. In 1970 it is done. And that a very big Yogi will die in 1922 and this Maha Yogi will be born after that. I was born in '23. And a new method will start by which the sleeping Kundalini Shakti will be awakened and people will get their Realization. Such a lot he has written that I know, really it's most surprising, and I have asked Gavin to write down the whole thing, whatever is  said. Yes, and then people will be cured of their diseases. You don't need any institutions like hospital. And then if there are sufficient number of Sahaja Yogis, then you don't need a third world war. Otherwise, there could be a third world war. And after that third world war, people will gather together. Even if you have that, then only the Sahaja Yogis will be respected and will be called to have a conference instead of these horrible politicians. It's quite a lot, but Gavin is going to prepare that and is going to send to all of you.